Rajma chawal is more than just a staple Sunday lunch, it’s a comfort food for many. Don’t we all have strong childhood memories associated with rajma chawal? This flavourful combination of rajma along with a steaming rice never fails to evoke nostalgia and warmth. You have to admit – pizza and pasta can never replace a plate of piping hot rajma chawal in our lives. So, are you ready to dump your favorite rajma chawla because now you have decided to lose weight? But let’s first address if rajma chawal would hamper your weight loss goals? Read on to find out: 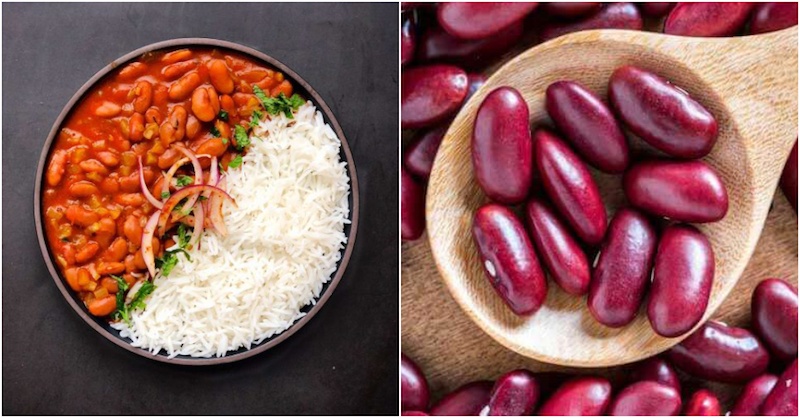 Rajma or kidney beans is one of the best sources of plant-based protein. Protein, as we all know, is a macronutrient that boosts metabolism and weight loss with a high thermic effect, which means your body burns a lot of energy, in the form of calories, just breaking protein down into its individual amino acids. Protein’s thermic effect is 30 percent, which means you’ll burn 30 percent of the calories during digestion itself. It’s a good non-perishable, affordable, high protein source with a high nutrient profile as well –  vitamins, fiber, folate, iron, copper, potassium, manganese, to name a few. The combination of high fiber and protein content in rajma keeps one fuller for longer, boosts metabolism, and accelerates weight loss. The fiber in rajma acts as a prebiotic that promotes the growth of healthy bacteria in the gut.

Coming to rice, it’s a good source of complex carbs, especially brown rice. In weight loss diets, brown rice is the most preferred replacement for white rice because it does not go through the polishing process, and has its fiber and nutrient content intact. It keeps you fuller for longer and has a lower glycemic index compared to white rice. It is also a gluten-free option. So, if you absolutely can’t give up rice to lose weight, make that important switch from white to brown. It also helps that brown rice is easier to digest, does not spike insulin, and its complex carbs keep you satiated for long.  One cup of brown rice may contain approximately 216 calories, with 44 gm carbs, 2 gm fat, and 3.5 gm fiber. Brown rice is also a good source of minerals such as selenium, calcium, zinc, copper, manganese and magnesium.

Now, when you combine rajma and chawal together – you get ample of nutrition and a filling meal that is flavourful too.

Summing up, increasing protein intake and swapping complex carbs with refined carbs can really change your weight loss game, and having rajma chawal is a good way to achieve that. Rajma chawal can easily be included into a healthy diet and if weight loss is your #1 priority right now, do check the Rati Beauty diet for diet plans that bring results. Download the Rati Beauty app for more details.

Phrases for the Week: Calm and Optimistic

Valentine’s Reward Concepts for Her