When Marcy Playground’s 1997 single “Sex & Candy” blares from the studio speakers, Chiara Aurelia’s eyes light up. “I love this song!” she exclaims on the set of her photoshoot with StyleCaster in late September. She chose the playlist; Ultimate ‘90s on Spotify. There are true millennials out there at least a decade older than her that don’t remember the song, but you get the feeling this 20-year-old wishes some parts of life were a bit simpler; they were back then. In ‘97, people were sending fewer than 35 text messages a month (it’s now roughly 50 a day, an increase of over 7,000 percent) and the internet could only be accessed via a grating, loud and painfully slow dial-up connection. MSN Messenger—the instant messaging service originally created for corporate America but usurped by talkative teenagers—was still two years away. And Instagram? Over a decade in the future.

As a Gen Zer in a hyper-connected 2022, Aurelia seems to wish she’d grown up without it. Social media, that is. “I very strongly dislike it,” she says. As an up-and-coming actor with 22 credits already to her name, including Cruel Summer and Tell Me Your Secrets, Aurelia laments the pressure she feels to “have an online presence” as it’s often at odds with “having a life that is your own.” She posts every few days but it’s certainly not a life lived through the screen of her phone. “There’s something nice and special about being able to connect with the people that watch your projects and who want to feel that connection, but I don’t also don’t think it’s necessarily natural,” she says. “I think that I probably belonged in a generation that didn’t have social media.” In her new film, she gets to be.

Fall 2001 is the setting for Aurelia’s part in Netflix’s Luckiest Girl Alive, which is based on the 2015 bestselling book of the same name by Jessica Knoll. Aurelia plays the 14-year-old version of Mila Kunis’s character, Ani, an ambitious journalist on a mission to reinvent herself after enduring two traumas as a teenager at a private school. Ani survives a brutal gang rape at the hands of three popular boys and a school shooting that leaves seven students dead. With the trustful and sensitive eye of director Mike Barker (The Handmaid’s Tale, Outlander), Kunis was also a hands-on producer working collaboratively with the novel’s author, who was on set most days. 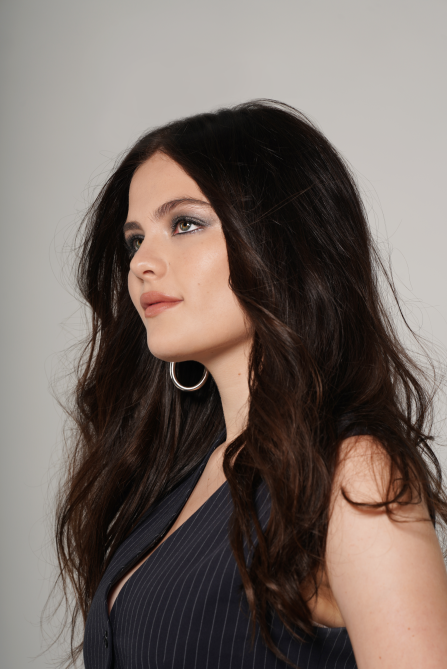 How did you find out you got the part?

Oh, [laughs] I have a story. Let me preface this by saying I prank my manager and agent all the time. We prank each other. I’ve been with my agent since I was 10 years old. And my manager had been with us since I was 13 or 14. So we’re very, very close, like best friends. So anyway, I auditioned, I read the script and I loved it. I met with Mike Barker, who’s the director and I was slowly falling in love with the project. I didn’t really talk about the fact that I loved it so much because it was a little bit scary to get my heart broken. I had another meeting with Mike and they wanted me to audition again. A couple of days later, I get a call from my agent and my manager and they’re like, “Hey, so turns out they’re actually canceling your audition.” I said, “What? They’re canceling my audition?” and they say, “Yeah, they’ve found their girl.” My heart was shattered. I’m a bit angry about it at this point. And then they say, “Because that girl is you.” And I burst into tears. There ended up being like 10 of my team members, and my mom, listening on the phone.

What was your first day on set?

Wow, so just like that, one after the other. How do you prepare for those scenes mentally?

I don’t think you can necessarily, but I would also never work on something like this or be a part of something where I didn’t feel so safe and so comfortable. And I did. Part of the reason I wanted to work on this project is that every single person involved is truly incredible and amazing at what they do. Mike spent so much time talking to me, and so did Jessica and Mila. They spent a lot of time having all the kids connect as well and get to know one another. That really encouraged this healthy and supportive work environment, which is honestly rare. It’s so rare. I’ve worked on other projects that have that supportive environment as well, but especially because we were filming during COVID, people can get split up and so you’re not able to get that much time together. Our set was like a warm blanket. A lot of women and people everywhere are dealing with kind of some of the issues and topics that we touched on in the movie. 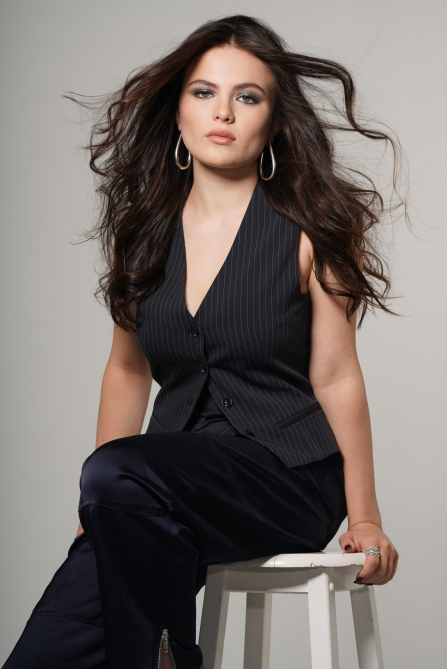 How do you then come down from shooting scenes like this? What would you do at the end of each day?

I have a really good supportive family and friend group, so it was pretty easy to go home and chill out with them and watch a movie; be able to disconnect and resolve the day here. And to remember I’m dealing with different things than Ani is and we’re different people. It can be challenging at times, but I think it was alright.

Part of the reason I wanted to work on this project is that every single person involved is truly incredible and amazing at what they do.

You and Mila share the fact that you started in this industry as children. Did she give you any guidance or advice for navigating Hollywood?

We chatted a lot. We talked a lot about the character. She made herself very available and she’s lovely. Seeing her as a human is guidance. Honestly, she is one of the kindest, most generous people I’ve ever met in my entire life. And you meet her as a human and you discover that she’s a better human than she is an actress. There’s something to be said about just being able to witness and watch someone’s behavior and how they are, and how much elegance and grace she has.

Luckiest Girl Alive is available to stream on Netflix.

This interview has been edited for length and clarity. 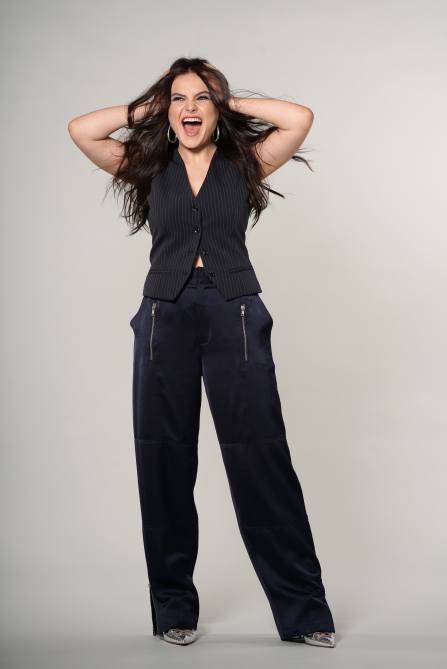 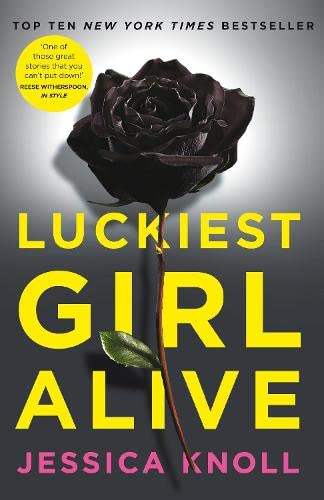