His majesty, the king of feline fashion, Tabs the cat. Mrow! 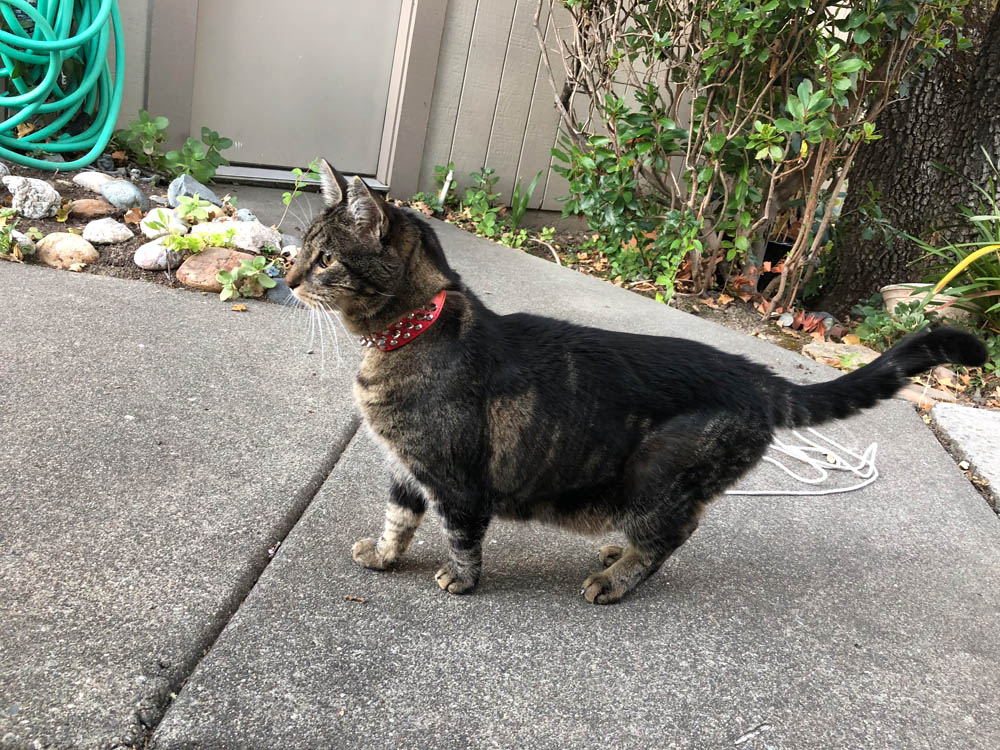 Today was a classic fall day here in Novato, California, and it was days like this — partly cloudy with a chance of greatness — that Tabs did some of his best kitty modeling work. 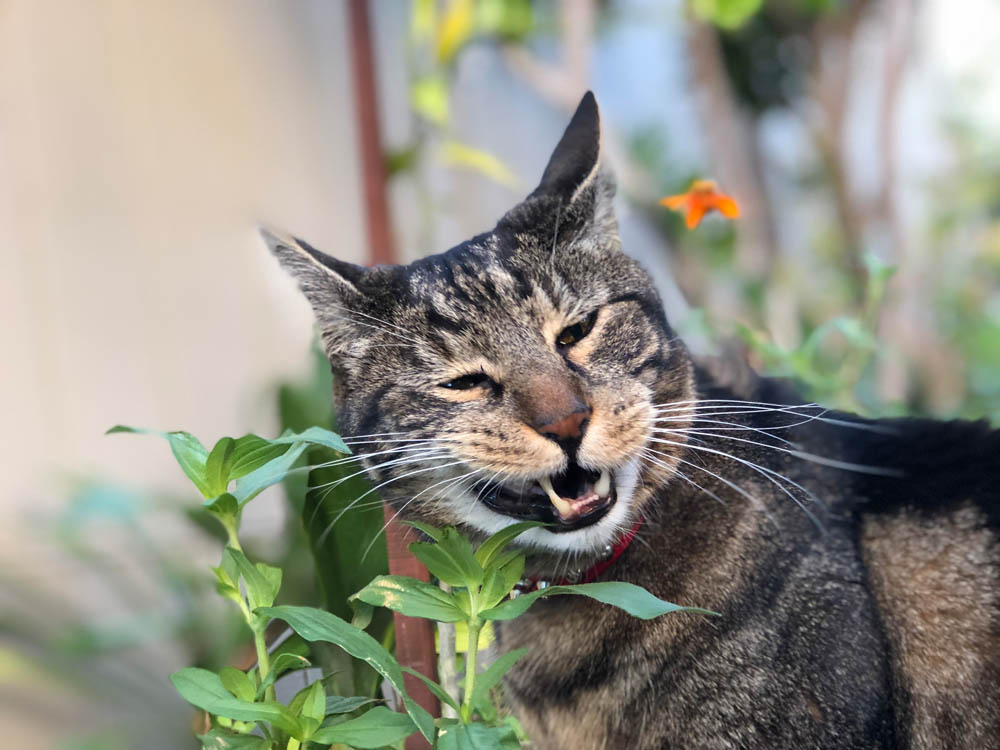 The crisp, cool air must have fired him up, along with firing up the other animals in the neighborhood, like the robins, woodpeckers, wild turkeys, cats and squirrels, all of who were also out in force this morning.

A typical mid-October Sunday morning back when Tabs ran the company would have gone something like this: get up, get gravy, get a fur treatment, get dressed and get outside, where he would head directly for the company zinnia patch. 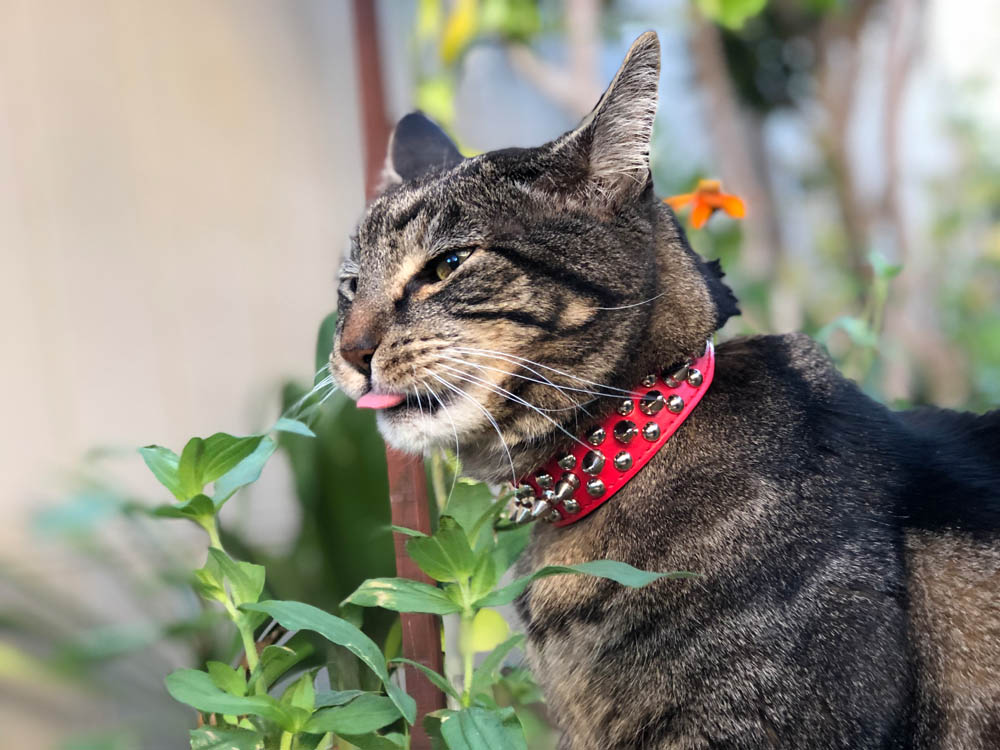 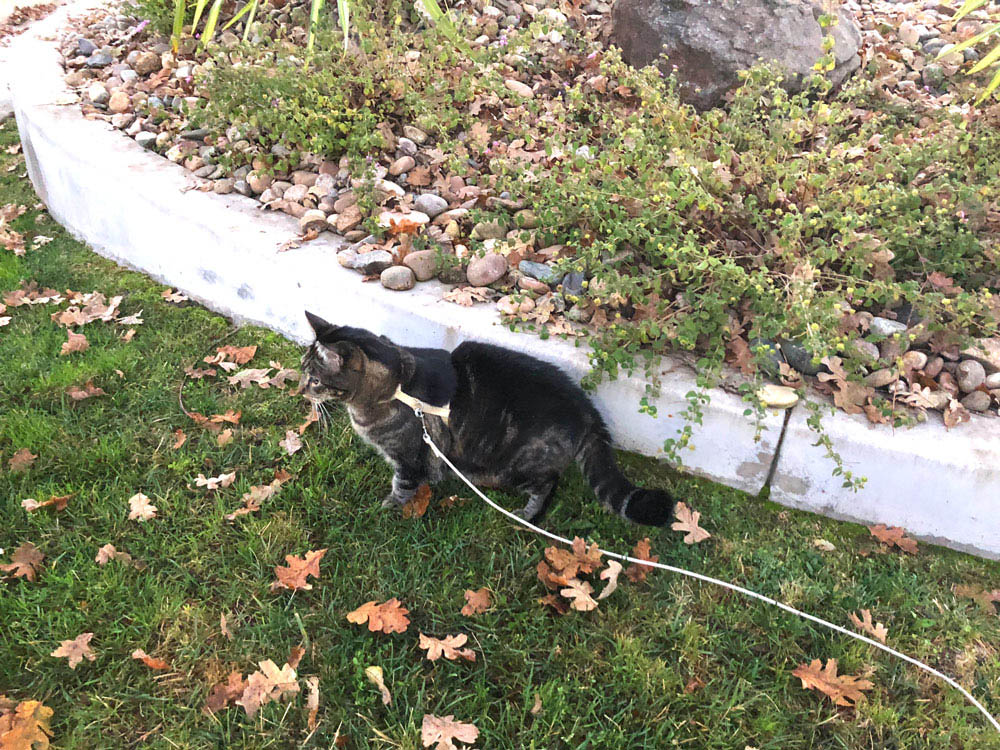 All I can say is the cats in this company have major kitty modeling game. 😊