Throwing it waaaaay back today with an oldie but goodie, Chanel Malice Blush. I first wrote about it in 2014! This peachy pink blush is still a classic, and I wear it all the time. Oh, and the great news? Chanel still carries it in their permanent collection. Shockingly, unlike other brands that have raised their prices steadily over the last few years, Malice’s $45 price tag is still the same as it was in 2014. If there was a handful of makeup from Chanel that I’d recommend as must-haves products, Malice would certainly be on that list.

For the life of me, I can’t figure out why this blush is called Malice because it doesn’t have a malicious bone in its sweet, blushy body. There’s nothing malicious, cagey or wicked about it at all…unless you count how wicked cute you look with yo’ fresh cheeks when you wear it.

Peachy pink Chanel Joues Contraste Blush in Malice ($45) has been not-so-maliciously sweetening my makeup bag for about two weeks, and in that time I’ve literally not wanted to wear anything else. I think it just might be the most flattering blush in Chanel’s entire permanent line, and it’s all about versatility.

Malice is like NARS Orgasm…only not. Like, if glittery golden NARS Orgasm was a wild child sent to finishing school for a year, she’d come back wearing pearls instead of a leather jacket and be calling herself Malice.

Malice and Orgasm have a similar peachy pink vibe, but Malice’s shimmer, which is more like a barely-there, soft-focus sheen, is much less outrageous and flamboyant.

And it’s that finish that makes Malice one of the greats for me.

I thought it was a matte the first time I swatched it, but then I saw the light reflecting on my skin, almost like the dreamy haze of candlelight, and I realized its greatness.

Effortless and flattering, it just always seems to look natural and good — never like clown cheeks — whether I wear it sheer, or layered to increase its intensity. 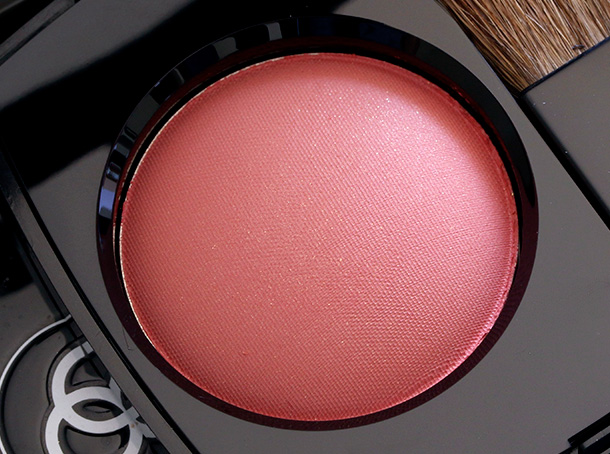 It should really sing on a wide range skin tones, and because its sheen is so forgiving (unlike many glittery and/or shiny blushes), that includes the skin of more mature makeup lovers.

On top of everything, it’s just as easy to dress up as it is to dress down. I wore it to run some errands yesterday with the LORAC Pro Palette 2…

OK, I went to Anthropologie to look around, LOL! (Not my fault. There was a sale!)

So anyway, I wore it to run “errands,” also known as “go to the mall.”

I wore it because, well, I think it looks lovely in natural-looking, dressed-down makeup looks and makes me look alive, but also because it carries dramatic eye looks well. It doesn’t compete with whatever else you might have going on your lids and lashes.

The long-running Unsung Heroes series features some of my favorite permanent collection products from a variety of bodacious beauty brands.

Last week I wore it with a thick black liner and a bright coral lipstick, and I think it balanced with what I had on my eyes and lips perfectly. 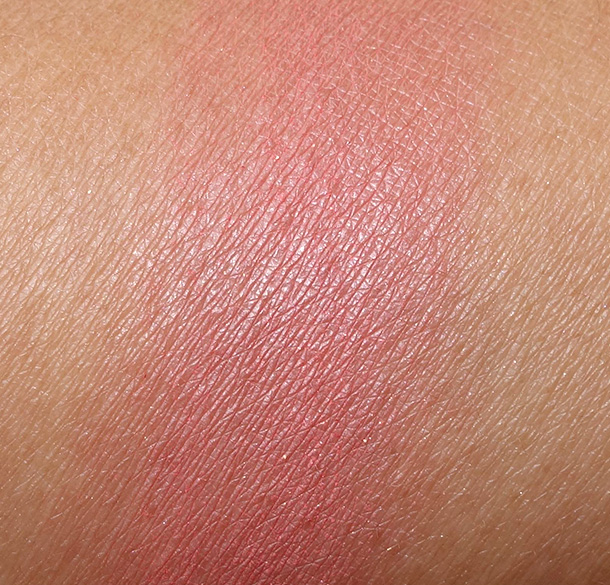 Whether as an everyday blush, a going-out blush — what have you — it’s really one of those blushes that goes with everything.

And because it strikes such a brilliant balance between peach and pink, it partners well with peach lips, pink, coral and even orange lips, which are super trendy right now.

Yes it is. Craaaaaaazy expensive, as are the rest of the Chanel Joues Contraste Blushes at $45 each, but there’s quality there, and these are some of the easiest blushes I’ve ever used.

There are certainly less expensive blushes out there, but if you’re definitely going the high-end blush route, a la Dior, Givenchy, Guerlain or YSL, I suggest taking a detour toward Malice or one of the other Joues Contraste Blushes.

They’re just so smooth! I hardly have to do any blending to get the edges nice and diffused. Plus, they’re so easy to build up in layers and last all day long without touchups.

They’re really some of the best performing products in the Chanel line, and Malice, I think, is the best one.

If a friend asked me to recommend just one of the Joues Contraste Blushes, I’d say Malice without a second thought.

Valentine’s Reward Concepts for Her